But as the train pulled into the station in Australia’s Blue Mountains region, I immediately noticed an ad for Coca-Cola Zero. The headline read “Tastes a lot like Coke. No joke.”

Five simple, single-syllable words. But together, they create a powerful marketing message.

Tap into the Power of Rhyme and Surprise

In fact, researchers conducted an interesting experiment. They showed people two phrases with the same meaning—however, one rhymed, the other did not. People judged the rhyming phrase to be the more truthful one. Simply put, when what we read rhymes, we are more likely to believe it. We feel more confident in our ability to make a decision about it.

Surprise can be a very powerful marketing tool. Social scientists have found that when we’re surprised, it activates the brain’s reward center. It intensifies our emotions by about 400%. It makes us focus and it’s more likely we’ll remember what we’ve just seen.

So if you want your marketing message noticed and recalled, one tactic to use is to be novel or unexpected—to be surprising.

Telling a story is another smart way to make sure your target audience understands and remembers your message.

As I write this, I’m on my way home to Boston after an incredible 16 days touring Australia, New Zealand, and Fiji. Although I saw a lot, I still clearly remember Jill Rowley, Marketo’s Chief Growth Advisor, addressing the crowd at the Mumbrella B2B Marketing Summit in Sydney, sharing the story of how she got started in her career and how she dealt with certain challenges along the way. That’s because stories are incredibly powerful.

Social scientists have found that when you hear or read a story, you understand the information better and you remember it longer.  This is because stories involve more parts of the brain than mere facts and figures do. Facts and figures engage the two parts of your brain that are responsible for processing language. But hearing or reading a story involves many other parts of the brain, including regions that process action, scent, and touch.

The more parts of your brain that are activated, the better you digest and recall the information.

Storytelling also engages and involves you, and allows you to draw your own conclusions. As Joe Vitale, author of Hypnotic Writing, observes, while we often argue with what others tell us, we rarely argue with our own conclusions. Perhaps that’s why when I was recently speaking to Deb Roth, co-owner of Japs-Olson, she told me that she encourages all her salespeople to incorporate stories into their customer calls.

Maybe This Is Why a Picture’s Worth a Thousand Words

A third way to ensure your marketing message is engaged with and retained is to harness the power of visuals. Long before the written word, people communicated using visuals. As a result, the human brain is drawn to images over words and finds them easier to process and remember. Social scientists refer to the Picture Superiority Effect, which basically means that pictures are better recalled than written words. If you can deliver your message incorporating pictures, you will improve the likelihood that it will be noticed and remembered.

Of course, some visuals are more effective than others.

For example, a New Zealand study found that pictures accompanying text bolstered the believability of that text. Additionally, a Cornell University study found that charts and graphs also made copy more credible.

Get Emotional and Get Results

If you’re looking for a fourth way to increase the likelihood that people will engage with and remember your marketing message, consider incorporating emotion into it. When you do, you make people feel a connection to—and trust—your brand. This makes it easier to persuade them. Additionally, emotion creates a more lasting imprint than rational thought.

Several scientific studies have shown that people make decisions for emotional reasons, and then later justify these decisions—to themselves and others—with rational reasons. This is true in both B2C and B2B and environments (even though we think our B2B clients make only rational decisions).

Creating that emotional connection is vital.

Take Advantage of the Senses

Finally, think about ways to make your marketing message incorporate various senses. If possible, consider including touch, sound, and smell in them. This is scientifically proven to more deeply encode those messages into your target’s memory.

For example, Sappi Papers has written a guide to haptics, the scientific effect of touch. Daniel Dejan of Sappi explains that how something feels—for example, the paper it’s printed on—can influence how someone perceives the message.

Other studies show that brands can make a more lasting imprint when they also employ scent in mail or include audio with their video.

Adding These Practices to Your Own Marketing

In conclusion, there are at least five ways marketers—both B2C and B2B—can increase the likelihood that their message is noticed and recalled by tapping into what social scientists have discovered about attention and memory.

The human brain is fascinating. And the more marketers understand how it operates, the more effective we can be. 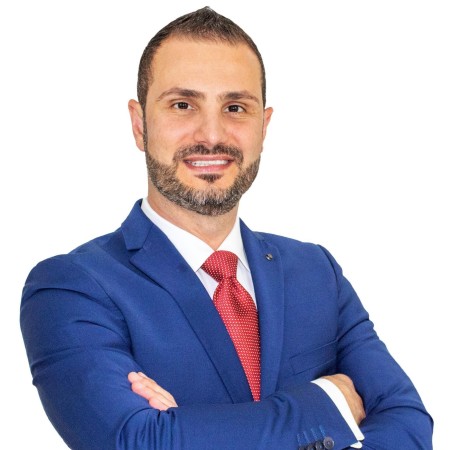 James Tyler is a sagacious entrepreneur and a tactical growth hacker. James's desire is to build a prodigious community of entrepreneurs who want to thrive and succeed.

There seem to be some errors with your submission: